Raquel Maulwurf in Sounds of Silence at CODA Apeldoorn 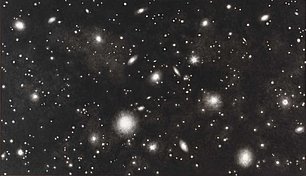 Works by Raquel Maulwurf are included in the international group show Sounds of Silence at CODA Apeldoorn. On view until 11January 2015.

Sounds of Silence
Deafening silence in CODA Museum
14.09.2014 to 11.01.2015
Silence has become a rare commodity. Sound is everywhere; sometimes desired but often unwanted. Every day, people are overstimulated by sounds that place strong demands on all senses. Sounds of Silence offers visitors the opportunity to escape the noise of daily life and to enjoy the silence in contemporary visual art.  Guest curator Wim van der Beek was commissioned by CODA director Carin Reinders to put together a varied exhibition with works by 15 artists from the Netherlands and abroad.

Sounds of Silence reveals curious frictions between the sensation of sound and silence. For instance, a painting of a train thundering past or of an explosion witnessed from a great distance can invoke an unexpected hush.
The sensation of overwhelming silence in nature is sometimes coupled with (natural) noises. The idyll of a waterfall is accompanied by the experience of water splattering incessantly, while the silence in an seemingly quiet environment can suddenly be brutally disrupted by a low-passing Boeing 737 or by loud tourists not featured in a painting.
Various experiences of silence emerge on different levels. There is the silence of an empty interior in which a silent family sits at the table, like Vincent van Gogh’s potato eaters did at one time. The installation by Levi van Veluw is a precursor of three new films that will premiere in CODA Museum. Interior pieces crumble in slow motion without producing a sound.   In the drawing Colliding galaxies Raquel Maulwurf translates the silence of the universe.
Sounds of Silence encourages visitors to forget and let go of the commotion of everyday life for a while. This exhibition is not only interesting to lovers of modern visual art but to everyone looking for a slower pace of life and inner peace. Sounds of Silence makes the sensation of deafening silence visible and audible in a unique way.